An area or map in D20 Dungeons is made up of layers. The layers determine the order things get drawn and also are used to organize entities. Layers are draw in the order of the list with the Background being the first layer drawn, followed by the Ground, then the Objects etc. This means that anything that is on the Background layer, will be behind everything.

See the image below.

1) This is the active layer. The active layer in this image is the Ground as shown by the blue color. You activate a layer simply by left clicking on the row with the name. If you create an Entity via blueprints, the Entity will be put on the active layer. 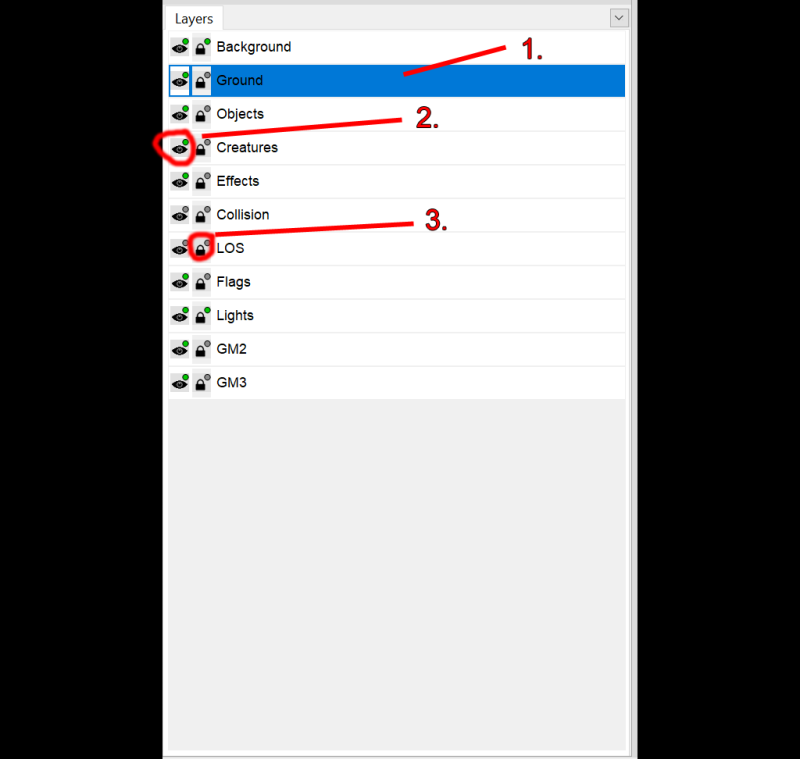